And how not to be hostile towards your users

Soon, you’ll be set to raise well-mannered modals of your very own!

What is a Modal?

Overlays, dialogs, pop ups, alerts, light boxes… The much maligned Modal comes by many names, but its properties are generally consistent, irrespective of what one calls it. In short, a modal is a child window within the viewport of an application, that prevents interaction with the other elements on screen until resolving whatever is contained in the modal. Seems inoffensive enough, right? 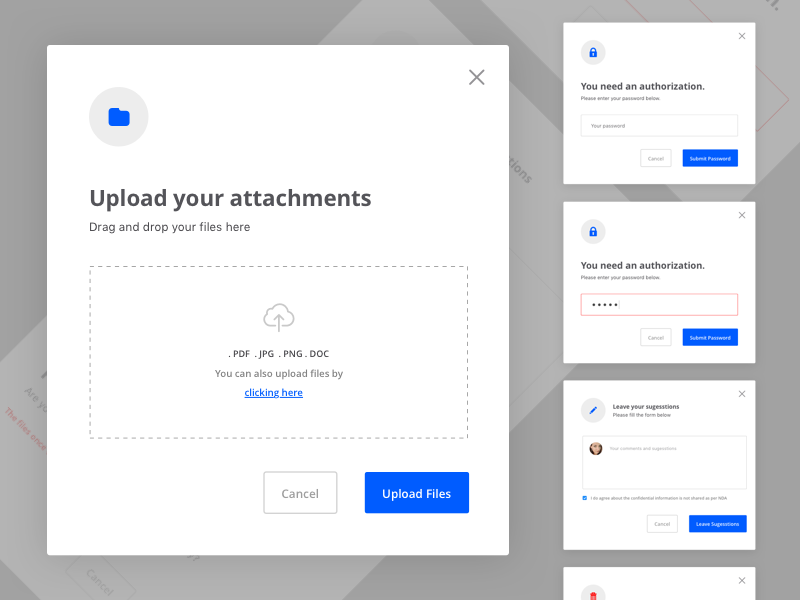 Well, modals are great until you’ve been attacked by a newsletter popup within three seconds of reaching a site. Or until you’re half-way through a setup wizard only to realize you need some information from the main window and going back will lose all your content. Or perhaps, you’ve found yourself redirected from one modal to another modal - without any clear indication of their relationship.

All of the above examples (and countless more), while valid modals, are wrong. They’re valid insofar as they meet the definition of a modal. But they’re wrong in that they’re quintessentially poor applications of a modal. How so you ask? They disregard the actual purpose of the user’s interaction with the page, make assumptions about the user’s knowledge, or worse exploit the user’s frustration for profit.

So modals are a menace… right? Well, hostile ones are.

And that about wraps it in terms of the fundamentals of well designed modals. If design and development interests you, we’ll be exploring other UI best practices and conventions in later articles, so be sure to sign up for new essays below.

Kris is head of everything Pretty Neat. In any given day he can be fixing vulnerabilities in an enterprise system, whipping up a web application, or wrestling with the drip coffee machine.